Phrase, sentence, paragraph, or sentence-like piece of text that represents a cognitive unit and is used when searching for a match in a translation memory (TM) database.

Discrete segments of text show up repeatedly across various pieces of text. Matching source segments in the TM for which previously approved translations exist increases efficiency in the translation process by providing the relevant translation to the translator.

Segments are pieces of text that will be translated as a cognitive unit during a translation workflow; they are typically phrases, sentences, or paragraphs, rather than individual words.

A translation memory (TM) leverages previous translations to avoid duplicating work. Textual content is divided into meaningful segments because it is more likely that a translation will already exist for a smaller segment than for an entire content set. As the TM grows, the number of potentially matching segments increases, reducing translation costs.

To prepare for translation, the software parses new source content into segments based on markup (e.g., XML tags) or a combination of punctuation and white space. Segmentation rules include the punctuation combinations that the software applies during the parsing process.

The idea of a meaningful segment is important because a segment in one language could have multiple possible translations in another language. Computers are not reliable at discerning meaning in written content. Therefore, the comparison of source segments to segments in the TM typically relies on pattern matching. 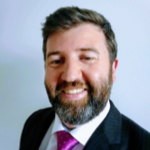 Jamie O'Connell is a sales engineer, training manager, and support consultant from Ireland who has been working in the tech sector for over 18 years. He has lived and worked in multiple countries and speaks both English and German. Since 2011, he has been working with 1io, supporting users in their drive for more efficient localization workflows.