A conventional set of symbols that visually represent sounds and ideas.

Scripts, or writing systems, are the framework for conveying meaning graphically, and all written words use some form of script. These systems are classified into three types: logographic, syllabic, and segmental[Daniels 1996][Nakanishi 1989]. Encoding standards such as ISO/IEC 10646, and Unicode, have been developed as a way of representing most, (but certainly not all), scripts in common use today[Unicode]. Of the 7,000+ languages spoken today, roughly a third are considered endangered. Many of these either don’t have scripts or are not supported.

Scripts are the visual and human-recognizable version of a language. To localize a written language, one must represent the target language in a supported script. Some languages can use more than one script. Serbian, for example, can be written in either Latin or Cyrillic script.

From a technical standpoint, several problems must be solved to display a script. First, the language must be encoded as numbers to be stored and transmitted. This requires code page support and at least one input method. There must also be at least one font that can render numbers and the declared code page as recognizable characters. Last, there must be a way to interpret a numerical sequence in a meaningful way.

For example, the order of the characters in a sequence are not always the same as how they need to be displayed, and where a character is displayed in a word or sentence, or the presence of adjacent characters, can modify the shape of a character. In this case, a direct 1:1 mapping of a code point and character is not possible. This can be especially challenging in syllabic and bidirectional scripts.

The Universal Coded Character Set (UCS)[Unicode], with around 136,000 defined characters and a wide range of fonts that support it, has greatly simplified challenges in supporting scripts, but there are still many scripts that remain unsupported, including many rare, obsolete, and fictional languages. For these, and other special cases, creative solutions are still required. 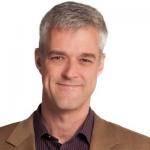 Erik Vogt entered the world of translation services as an engineer in 1998 after a variety of jobs, including dabbling in teaching (from ESL to Marine Archaeology), building houses, and installing water lines. Erik has worked with some of the world's most demanding and innovative customers and enjoys bringing it all together, from technology, solving business problems, and supporting team members to be the best at what they do.