A character encoding standard that provides a cross-platform, uniform, and robust digital representation of the scripts for the world’s languages.

Unicode has become the de facto way in which characters for the scripts of the world’s languages are represented in modern digital devices, meaning that Unicode is a prerequisite for all digital text.

Why does a business professional need to know this?

Unicode provides the foundation for anything related to text data. The Unicode standard is developed and maintained by the Unicode Consortium. The uniform representation for all of Unicode’s 137,374 characters – as of Version 11.0, released on June 5, 2018 – helps to ensure interoperability and translatability of any text-related tasks that you might encounter, whether it is for multilingual user interface (UI) strings or translations of entire manuals (see Code Charts).

Any implementation that handles text but does not support Unicode is a completely wasted effort, because its text data cannot easily interoperate with Unicode-based implementations that are now commonplace (see the Unicode FAQ).

It is important to understand that Unicode is much more than a huge bucket of characters covering 146 scripts that are used by an even larger number of the world’s languages (including Egyptian hieroglyphics):

Closely related to Unicode are the following two important and useful projects:

Both projects are frequently updated, and Unicode itself is now on an annual release cycle. 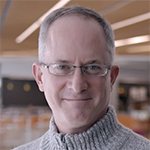 Dr. Ken Lunde has worked at Adobe for over 25 years, specializing in CJKV Type Development. He architected the open source Source Han Sans and Source Han Serif Pan-CJK typeface families that were released in 2014 and 2017, respectively. He is the author of CJKV Information Processing and also regularly publishes articles to Adobe's CJK Type Blog.

Ken received the 2018 Unicode Bulldog Award and became a Unicode Technical Director in the same year.

2 thoughts on “Term of the Week: Unicode”