A method for representing characters in a data format, typically binary, so that the characters can be transmitted electronically and decoded properly by the receiver.

As localizers, all the text we work with is encoded for storage and transmission. If we don’t know how it’s encoded, we’ll read or write it incorrectly.

If two people exchange handwritten letters, they can be reasonably confident that if one writes the letter A, the other will recognize it. But what if they send those messages electronically? The sender and receiver have to agree in advance how the sender should convert the text to binary data, so the receiver can reverse the process and read what was sent.

If text is stored using one encoding method and read back using a different method, corrupted characters will result. To reduce this risk, many applications always use the same encoding, but it’s still perilously easy for buggy localization tools to accidentally corrupt data during processing.

If you’re lucky, you should rarely need to interact with character encodings directly[W3C-1][W3C-2]. 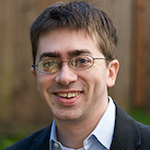 Chase Tingley is VP of Engineering at Spartan Software, Inc. He has 15 years of experience developing localization tools, including work on WorldServer, GlobalSight, and Ontram. An advocate for the greater adoption of localization standards and open source tools, he is a core contributor to the Okapi Framework (open source framework for creating interoperable localization tools, http://okapi.sourceforge.net) and a member of the OASIS XLIFF and XLIFF-OMOS Technical Committees.